In 2012, the first stage of the budget reform prepared by Finance Minister Miroslav Kalousek enters into force. The adopted reform provides for a two-stage introduction of a flat VAT rate (probably 17.5%) by 2013. 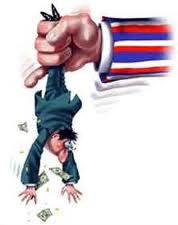 For this reason, in 2012 the reduced VAT rate will be increased by four percentage points to 14%. Basic rate - 20% does not change. Products and services subject to a reduced rate (passenger transport, food, medicines, social housing, books, culture) will not change either.

When issuing invoices, pay close attention to the date of sale. Goods and services sold in the previous year, or those for which the payment was made in 2011, we settle with the old VAT rate, even if the invoice itself is issued in the New Year.