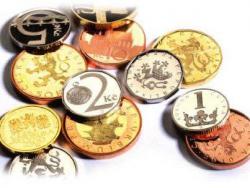 Special attention should be paid to the prices of the services offered and the goods sold, so that they include the new VAT rate as of January 1st.

At the same time, some children's articles, including diapers, were transferred to the basic rate and some new provisions of the EU Directive on VAT were transposed. < br />
The new wording of the VAT Act recommends making payments between VAT payers only through bank accounts that the taxpayer reports to the tax office, which will be public. In this way, the taxpayer will reduce the risk of having to pay for non-remitted tax by the other entity.

In addition, as of the New Year, the recipient of the invoice will not be able to request a paper invoice if it is delivered electronically and includes a certificate. Until the end of 2012, the recipient had the right not to accept such invoices.

The last important change is the elimination of the need to register for VAT in the case of providing or receiving services from another EU country. Until 2012, any cross-border provision of services was subject to registration obligations. From 2013, the service provider or beneficiary will not have to register as taxpayers, but only report the benefit in the so-called VAT summary declaration (declaration to VIES).