The Slovak government can boast an additional profit of EUR 210 million (about PLN 890 million) over two months in taxes, which in a very unusual way decided to encourage its citizens to collect receipts from stores. In Slovakia, with slightly more than 5 million citizens, such an increase in budget revenues means that the revenue plan is exceeded by 1/5. 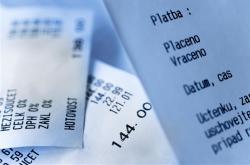 Every citizen who makes a purchase for a minimum amount of EUR 1 and registers a receipt via SMS, the Internet or in the network that conducts Tipos games and numerical bets, gets to the game, in which the prizes range from 10,000 to 100 EUR. The draw takes place every two weeks. By the way, many companies cheating on taxes were discovered, and one store of the well-known German discount chain with clothing KIK was closed.

In Slovakia cash registers at traders are compulsory. Due to the unexpected tax success, the government announced a reduction in VAT and CIT by one percentage point. Currently, the basic VAT rate is 20% and CIT rate is 23%.