The Office of the Council of Ministers of the Czech Republic, in connection with the draft Act on Public Officials, prepared statistical data on employment in central and local government administration bodies and the budgetary sphere. 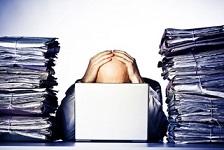 Currently, the state salary receives over 400,000. employees, including teachers, policemen, military and prison service employees. There are 17,000 employees in central offices. employees - as a rule, highly specialized specialists in their fields. More than 75,000 people work in other positions in the tax administration, social security administration, central bank, trade inspection, etc. officials, and in the offices of local government administration at both levels (voivodships and communes), 88,000 officials.

In terms of the number of citizens (10 million), the Czech Republic ranks 5th from the bottom and is one of the weakest employers among 27 European Union countries. The eight times larger Federal Republic of Germany at the central level employs 280,000 people. employees (16 times as many) and six times larger French Republic 250 thousand. officials. Only small countries such as Slovenia, Austria, Belgium and Slovakia are smaller employers in relation to the total number of citizens.

Looking at the long-term statistics, it can be seen that the number of employees in the budgetary sector is decreasing by about 3,000 every year (counting from 217,000 in 2003). The biggest decrease concerns the number of officials of central offices and all-republican institutions (tax administration, pensions administration, commercial and sanitary inspection, etc.).

For comparison, the public administration of the Republic of Poland currently employs over 724,000 people. employees, including civilian employees of the Ministry of National Defense (45 thousand) and employees of the Social Insurance Institution (46 thousand).

The data does not include other public sector employees (doctors, teachers, police, army).