The beginning of the year is inseparably connected with the new regulations. Some of them were finally passed and signed by the president a few days before the end of the year. 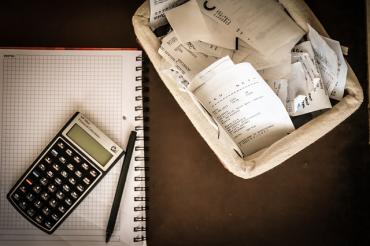 From the beginning of 2015, a new rate of value added tax (VAT/DPH) of 10% comes into force. This rate will sell medicines, substitute food for children and infants, books and medicines for animals.

From April 2015, the reverse charge rule in domestic transactions will be extended to trade in the following goods, the value of which in a given transaction exceeds a total of CZK 100,000 (net):

- integrated circuits and processors with code 8542 31,

- video game consoles about the code of the customs nomenclature 9504.

The codes of the customs nomenclature, common for the entire EU, can be checked on the following pages: Customs here .

Also from this year there will be a new allowance for costs related to enrolling and attending a child to nurseries, kindergartens and other forms of childcare, i.e. kindergarten points, private centers, etc.

Due to the new civil code, the concept of a person cooperating with an entrepreneur covers not only cooperating persons living in one household, but also other family members who participate in the economic activity of the family enterprise.

The most important change is related to the new company code. From 2014, both newly established and existing companies are not required to create a reserve fund, and if such a fund has been established, it can be dissolved and a dividend paid from it. The dividend is subject to standard taxation.

The second significant change concerns the adjustment of income due to the company's defaults. The overdue liabilities of companies with maturities exceeding 30 months increase the company's tax base.

There has also been a significant change in this matter. From the new year, the lowest penalty for hiring an employee illegally or for employing an employee under a contract other than provided for in the law is PLN 50,000. crowns (e.g. crypto-employment of a subcontractor).

The tariff for the lowest salary will also change. For individual professional groups, the minimum monthly wage will increase by an average of CZK 700.